Out, About and Around the County

Luther Locals is hosting an exclusive showing of Rainbow Girls on their Facebook page at 8 p.m. on Jan. 15. Luther Locals is a weekly program by Luther Burbank Center that showcases a local artist with “mini-concerts” that are exclusive to Luther Locals’ Facebook. The Rainbow Girls are based out of the Bay Area, where in 2015 they hosted and organized the first ever entirely female line-up at The Fillmore, one of San Francisco’s most famous venues. This show put the Rainbow Girls on the map, landing them many gigs all around the Bay Area. Their music talks about self-reflection and social justice, while their live performances showcase their silly yet sincere anecdotes.

Copperfield’s Books will be hosting an online event at 7 p.m. on Jan. 21st to showcase Dr. Evan Antin’s new book World Wild Vet: Encounters in the Animal Kingdom with the author himself! Antin was the star of Animal Planet’s “Evan Goes Wild,” where he explored the world featuring different animals in each episode. In his first book he talks about his travels around the world and his experiences with all kinds of different animals. From facts about forty-foot whale sharks to racing across the savannah to save rhinos from poachers, Antin’s experiences are a must-read for any kind of animal lover. Registration for this event is free.

At 7 p.m. on Friday, Jan. 22, the Cinnabar Theater will present the Bay Area premiere of James Lecesne’s critically-acclaimed one-man play, “The Absolute Brightness of Leonard Pelkey,” starring actor Michael Pavone in his Cinnabar Theater debut and directed by Nathan Cummings. After the premiere, the show will be available through on-demand streaming until Sunday, Jan. 31. The show is about an openly gay and loving 14-yearold boy named Leonard Pelkey who goes missing in a small New Jersey town, and the townspeople whose secrets are brought to light during the investigation. Tickets to the 80-minute drama are available for purchase now at $25 per household.

Bruce Campbell, the star of the 1981 film “Evil Dead,” is working with the Luther Burbank Center to host a worldwide virtual viewing of the film at 6 p.m. on Saturday, Jan. 23rd, with live commentary from Campbell himself! During the film, Campbell will be sharing anecdotes and memories of his time working on the movie, along with answering questions from the chat. Tickets are $25, with VIP tickets available for $50. VIP tickets include the livestream, along with video-on-demand and a limited edition poster that will be mailed directly to the address provided.

The Santa Rosa Symphony Orchestra will be hosting five free virtual concerts to finish off their 2020-2021 season, featuring the award-winning and prolific composer Ellen Taaffe Zwilich as an artistic partner. The concerts will be recorded at the Green Music Center’s Weill Hall and conducted by Francesco Lecce-Chong. The concerts will happen monthly from January until May, with the first concert on Sunday, Jan. 24 at 3 p.m. on YouTube. These concerts are special not only for being virtual, but also because the pieces are paired with introductions from the musicians and a live post-concert Q& A with the composer, Lecce-Chong. No registration required.

Bird-Noticing and the Power of Attention

The Laguna Foundation has started a series, “Birding to Beat the Winter Blues,” which focuses entirely on the practice of birdwatching. Their first event on Jan. 26 from 2:30 p.m. to 3:45 p.m. will be a Q& A 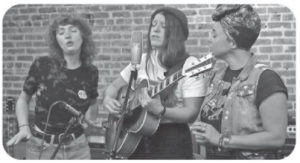 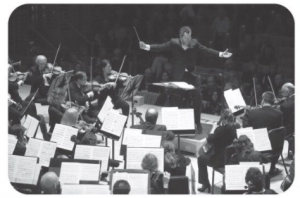